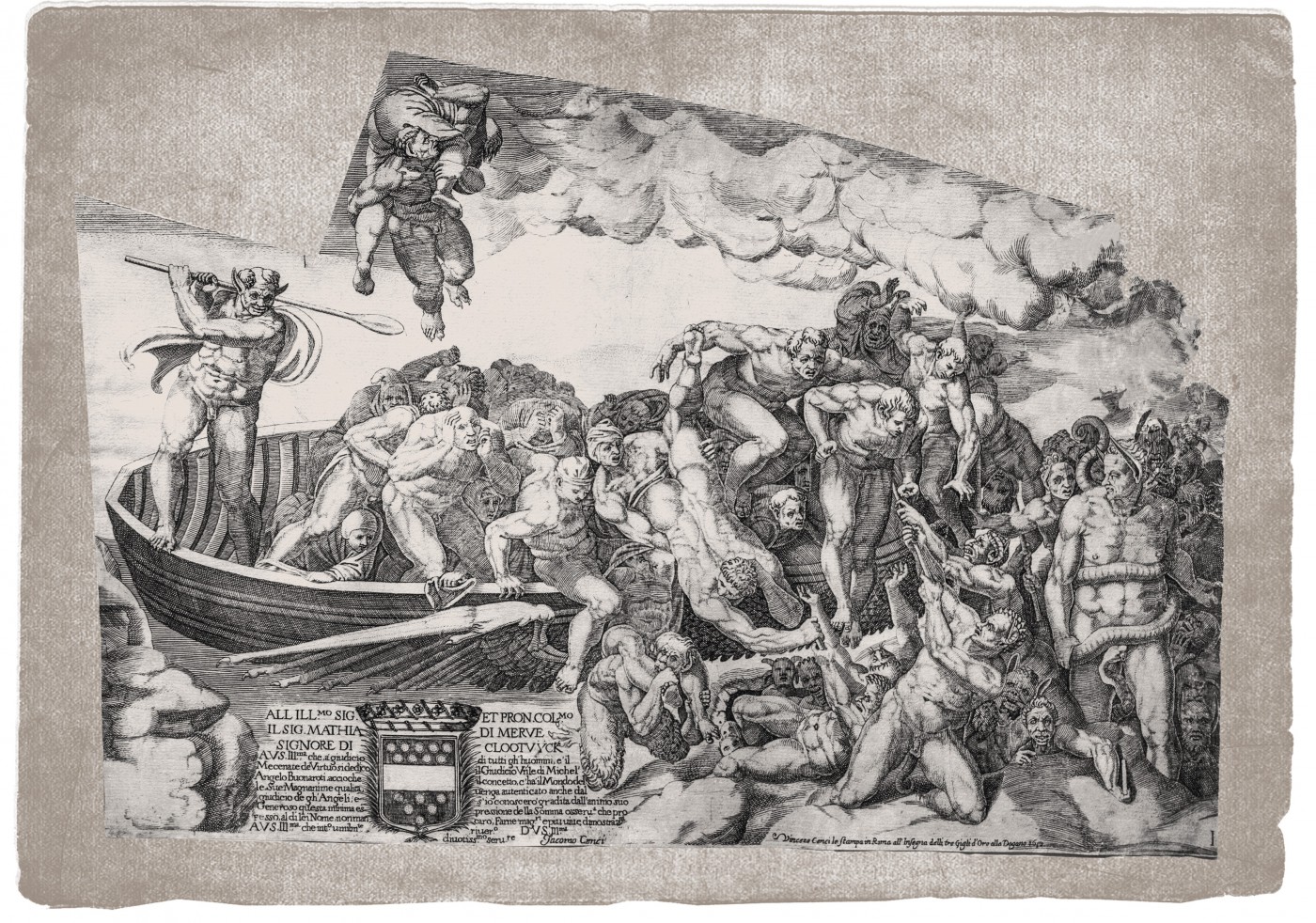 In the lower right corner: I.

(To the most illustrious and most honorable Matthys van de Merwede, Lord of Clootwyck. To your most illustrious Lordship, who in the judgment of all men is the Maecenas of artists, I dedicate the Last Judgment of Michelangelo Buonarotti, in order that the idea the world has of the quality of your magnanimity may also be authenticated by the judgment of the angels, and if this small expression of the high regard that I profess receives your approval, I will not fail to make even greater and more ardent demonstrations in your honor. Most humbly and reverently dedicated to your Lordship by your most devoted servant, Giacomo Cenci.).

To the right of the dedication text, under the figure of a demon: Vincenzo Cenci le Stampa in Roma all'Insegna delli tre Gigli d'Oro alla Dogano 1650.

Cenci, Vincenzo (? – ?) – italian publisher who worked in Rome around 1650. Son of Giacomo Cenci. In 1648 he married a representative of the most famous publishing family in Rome de Rossi – Dorothea Vittoria, and for that he received a dowry – about 330 copper plates. Only six engravings with his signature are known at present.

Mattias van de Merwede, van Klotwik (1613–1664) – dutch nobleman, poet. He visited Italy in 1647–1650, supported the artist G.B. Castiglione, whose works were published by Giovanni Giacomo de Rossi. Rossi dedicated to him one of the best etchings of Castiglione – "Genius Castiglione". Merwede wrote a book about his trip to Italy, which was published in Hague in 1651.