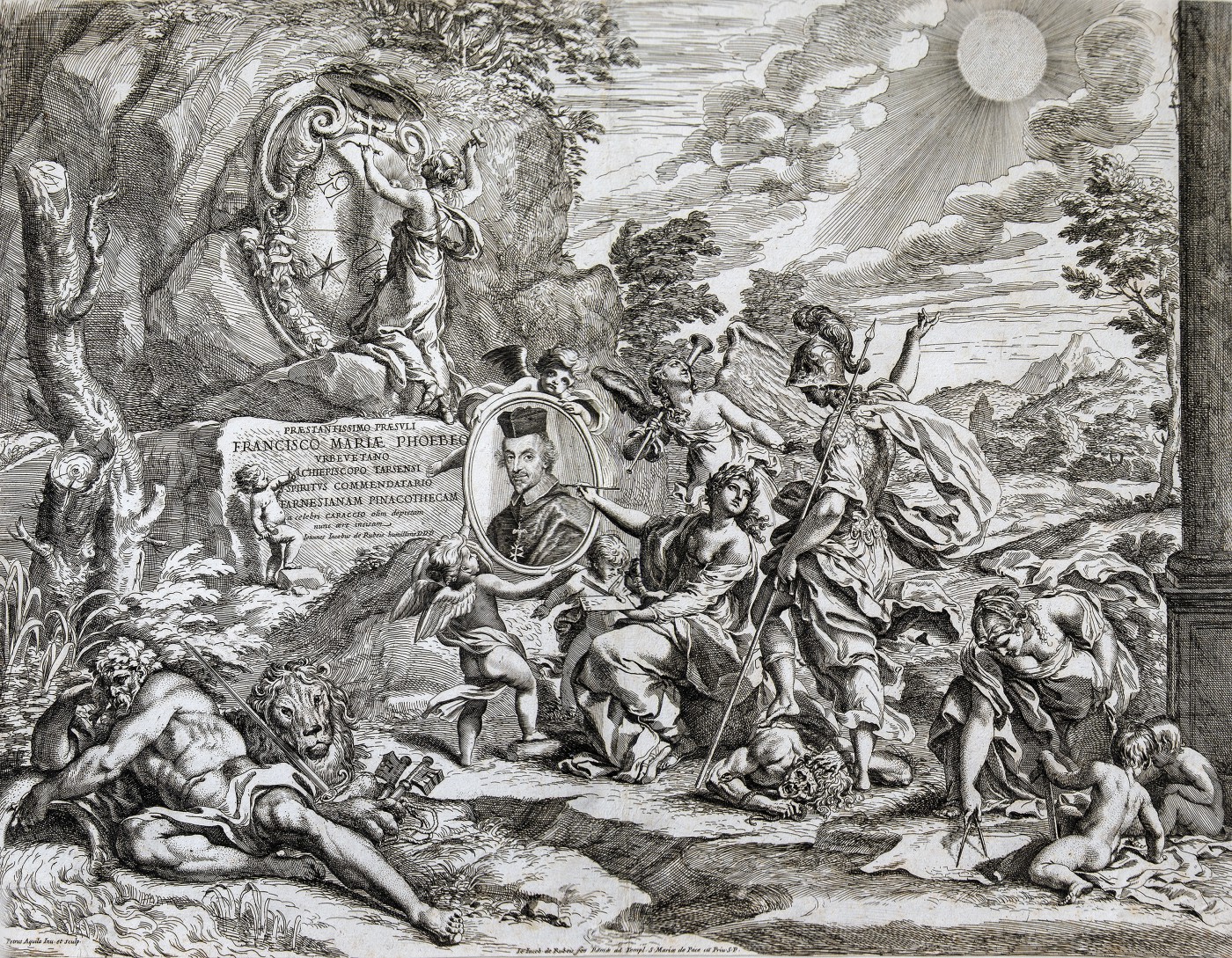 Rossi, Giovanni Giacomo de (1627, Rome – 1691, Rome) – representative of the largest publishing dynasty of the XVII century in Rome that was founded in 1615 by his father, Giuseppe de Rossi the Elder (ca. 1570–1639). In 1647, when he reached the adulthood, he became a partner of the company headed by his older brother Giovanni Domenico (1619–1653). The brothers worked at the same address, but each under his own name. In 1659, having bought up the shares of his brothers, Giovanni Giacomo became the only owner of the workshop and raised the family business to the top of success. Among the engravers whose etchings he printed were G.B. Castiglione, Pietro Testa, G.F. Grimaldi, G.B. Falda and others.