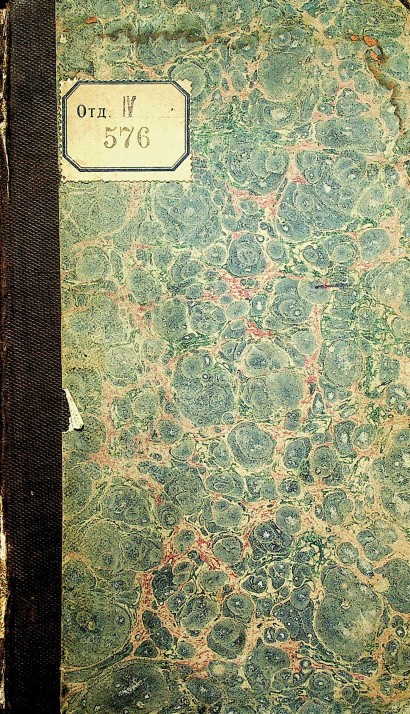 Markovych Ya. M. Notes on Little Russia, Its Inhabitants and Works / Yakov Markovych. – St. Petersburg. : Under the Provincial Government, 1798.

Markovych Yakiv Mykhailovych (1776–1804) – Ukrainian historian, ethnographer and folklorist. In 1798, the first part of his fundamental work, “Notes on Little Russia, Its Inhabitants and Works”, was published, which had a significant impact on the development of national consciousness of Ukrainian population. The work contains information about life, folklore, economy, state and political structure of the Hetmanate, nature and history of Ukraine. This book was supposed to be the beginning of a historical and geographical description of Ukraine, but the work remained incomplete.

On a separate sheet is a dedication from the author to Dmytro Prokopovych Troshchynsky (1749–1829), a statesman, and a well-known Ukrainian philanthropist and Ukrainophile.