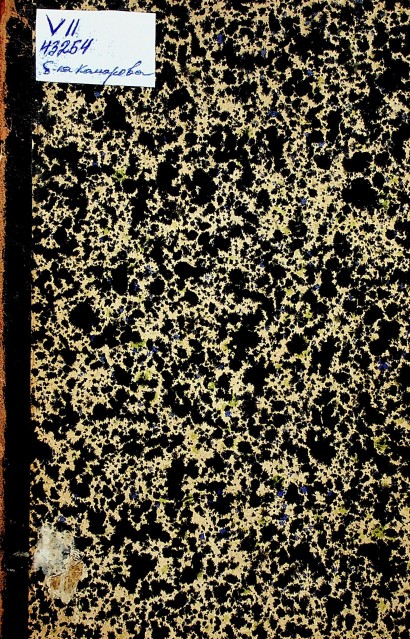 Hryhorii Fedorovych Kvitka-Osnovianenko (1778-1843) is a Ukrainian novelist, playwright, journalist, literary critic and cultural and public activist. He is a founder of fiction and social comedy genre of everyday life in classic Ukrainian literature.
The author believed that writing for people needed to be in a clear and familiar language. This way he wrote the moral-didactic essay "Letters to Kind Fellow Countrymen". In the work in the spirit of educational ideas he made an attempt to rationally explain the social and state system; a lot of attention is paid to the issues of morality, the inner life of rural community, individual aspects of organizing folk life.
A copy of Odesa National Scientific Library was previously stored in the private collection of M.F. Komarov (1844-1913), a famous Ukrainian bibliographer, ethnographer, public figure, as evidenced by the owner’s stamp on the cover and the title page. The author's lifetime edition.