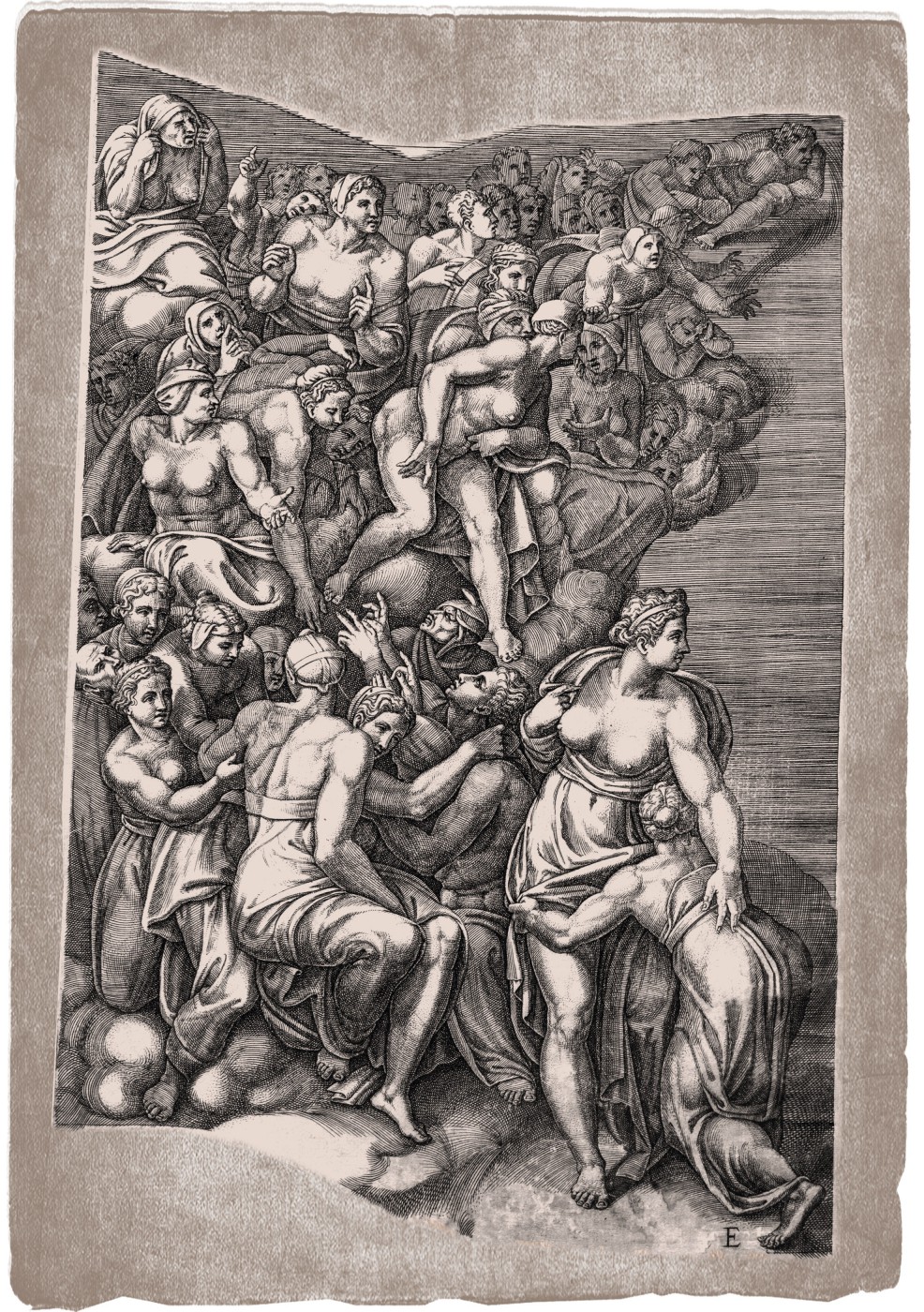 At the bottom on the right: E.