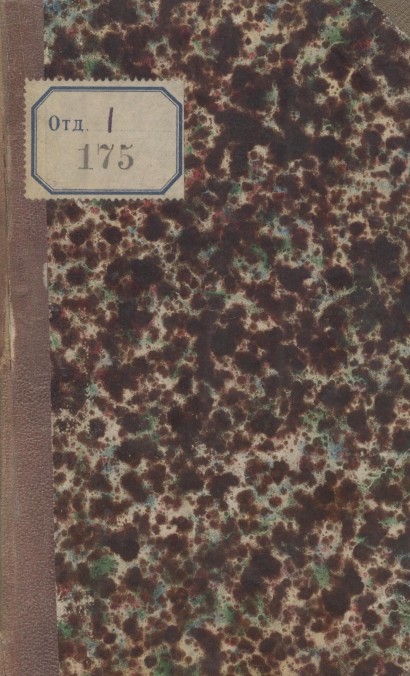 Beginning to Christian Doctrine or Brief Sacred History, and Brief Catechism: translated from Russian into Bulgarian by permission of Holy and Ruling Synod and printed with the help of Gabrovo specialized school / [translated by Naiden Gerov]. - Odessa: City print., 1843. - 93, [2] p.

The basis of this textbook, first published in Russian in St. Petersburg in 1828, is the Catechism of Metropolitan Filaret (Drozdov). This book, published in Odesa, is the first translation of Catechism into Bulgarian, which remained one of the officially approved textbooks for Bulgarian schools during the 19-20th centuries. This work has been translated into many languages.
The book is divided into three sections: a brief history of church, a brief Catechism, and a supplement to the Catechism named "Christian Doctrine for Warriors." At the end of the book there is a list of 14 schools that had to receive ten copies of this edition.
The name of the translator is not listed in the book, but the author of the translation is thought to be Naiden Gerov (1823-1900), an outstanding writer and thinker of that time. Gerov was a student of a famous theologian, educator and artist Neophyte Rylsky (1793-1881), one of the prominent figures of Bulgarian national rebirth.