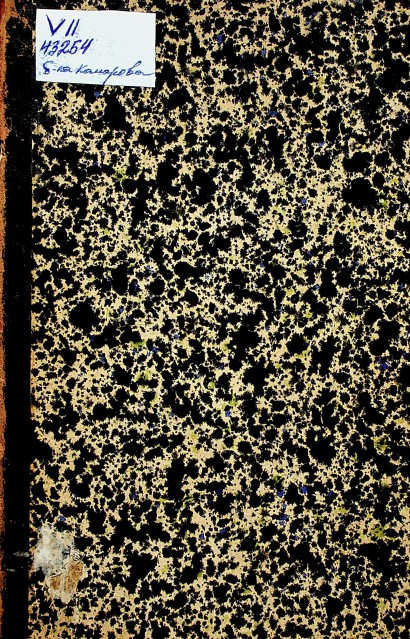 “Hromada” – Ukrainian socio-political, scientific and literary nonperiodic collection that was published in Geneva by Mykhailo Drahomanov in 1878-1879 and 1882. In 1880 the collection was reorganized into a magazine, but due to financial difficulties only two numbers came out. The publication of the collection was first planned in Vienna, but after M. Drahomanov moved to Geneva, where he founded the Ukrainian free printing house, the publication of the collection was transferred to Switzerland. The first collection appeared in 1878. All in all five issues were published.
Famous representatives of the Ukrainian intelligentsia – Antin Liakhotsky (Kuzma), Serhii Podolynsky, Ostap Terletsky, Fedir Vovk, Mykola Ziber, Mykola Kovalevskyi, Mykhailo Pavlyk, Ivan Franko – took part in the publication and distribution of the collection. One of the most interesting was the fourth issue of "Hromada". It contained many materials devoted to Ukraine, and also bibliographic notes about Russian and Polish books on Ukrainian range of problems. "Hromada" was the first edition without censor in the history of Ukrainian press, which represented Ukrainian national movement in Europe and found response from representatives of Serbian, Polish, Italian, Spanish, English and French public. "Hromada" was illegally transported to the Russian empire and was known in the circles of the Ukrainian intelligentsia of Naddnipryanshchyna.
The book has a scientific, historical, cultural and museum value. Bibliographic rarity.
A copy of Odesa National Scientific Library was previously kept in the private collection of M. F. Komarov (1844-1913), a well-known Ukrainian bibliographer, ethnographer, public figure, as evidenced by the owner's stamp on the cover and on the title page.