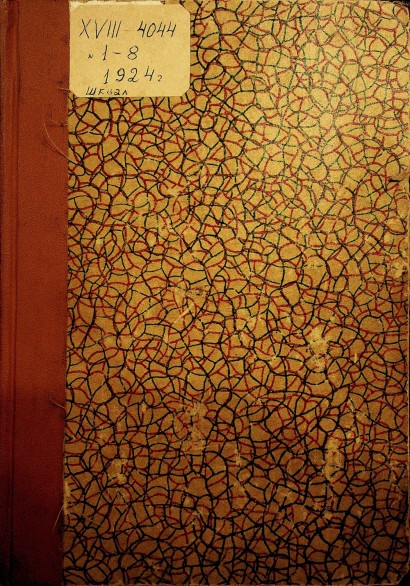 “Shkval” magazine is an illustrated socio-political and literary publication, which reflects the history of the Soviet Union, Odesa region and Odesa in the 1920s -1930s. Its reflects materials about socio-political life; about the new system of economic relations;  the development of industry and transport, the collectivization of agriculture, the life of the urban population; about education, science, culture, literature and art; about international events.

Published in 1924-1933 in Odesa, first twice a month, and later on, from 1926, weekly. It was published by “Izvestia” newspaper edited by the Odesa Provincial Committee of the Communist Party of  Ukraine,  Provincial Executive Committee and  Provincial Trade Union. From September 1924 the magazine was published in Russian; from the 9th issue of 1929 - in Ukrainian as a supplement to the newspaper "Chornomorska Communa".

Starting from the 3rd issue of 1933, "Shkval" was merged with the magazine "Metalevi Dni" and in 1934 was reorganized into the magazine "Literaturny Zhovten".