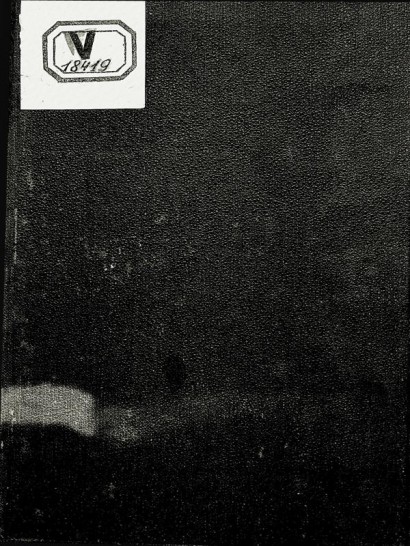 In a historical essay "First Princes of Kyiv," I.S. Nechui-Levytsky describes Slavs, their customs, comparing them with modern ones. It also tells about the calling of Varangians, about the princes of Kyiv till Andrii Boholiubsky. It points out to the origin of the states, the origin of serfdom and memories of feudal princes in Ukrainian folk songs, that are among the contemporaries of the author in the 19th century, with their indicated texts.
This work of I.S. Nechui-Levytsky from Odesa National Scientific Library is the first book of owner’s convolution from the collection of M.F. Komarov (1844-1913), a famous Ukrainian bibliographer, ethnographer, public figure, as evidenced by the presence of the initials «M. K.» and the general title of the convolution is: « Levytsky. History of Ukraine » on cover. There is also an owner’s stamp on the cover and title page.

Content:
First Princes of Kyiv: Oleh, Ihor and Sviatoslav
The prince of Kyiv Saint Volodymyr the Great and his descendants